Greetings once more, acolytes of the sole. We hope you have had a wonderful week. We have had an interesting few days. Our New York shoemaking course starts on Monday and we boxed up all the tools and materials as per usual and tried to send it all on Wednesday, only to get a frantic call from our courier saying the airline would not transport the tools because they are hazardous (the tools apparently are a security risk). Yes, I can see terrorists attacking a freight plane with a fudge wheel. But there you go. So we had a mad and very stressful 24 hours finding an alternative carrier who would get the box there in time. Fortunately it was collected yesterday and should arrive this afternoon. Fingers crossed! And breath...

Last week at Gieves we had an event celebrating the centenary of the expeditions of Scott and Amundsen to the South Pole. Gieves and Hawkes were funders of the original Scott expedition and did the same last year. A group from the Army went to Antarctica and half of them followed Amundsen's route and half Scott's. They followed the exact routes and arrived on the same days as the original explorers 100 years ago.
We had the leader of the whole expedition in the store to give us a presentation about their expedition. It was a really fascinating insight into the most inhospitable wilderness in the world. It was absolutely amazing and those guys are as tough as old boots. 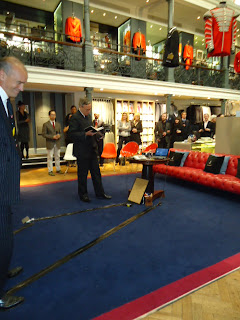 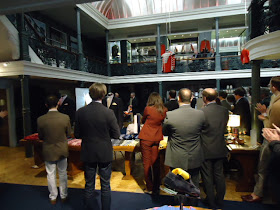 And so to things shoemaking. One frequent problem we shoemakers encounter is decent thread for welting and stitching soles. When I was an apprentice at John Lobb, we used linen yarn from Ireland. This came in balls and was a very pale cream colour. It was light and very strong.

The important thing to look for in any yarn for shoemaking is the length of the individual fibres that make up the yarn. The longer the better. In the Irish linen, the fibres were long which gave the resulting threads a lot of strength. It also means that you can untwist the yarn and break it giving yourself lovely long tapers. A few years ago, they changed the "recipe" for the linen and it no longer broke giving long tapers which made it impossible to use because you couldn't attach the bristles securely.

So, we had to find an alternative. After a lot of searching, we finally found the hemp thread which we use now. It is not as good as the linen used to be, but it is still good. It is a little courser and thicker which means we use fewer cords per thread, but it seems to stand up to wear and is strong. It breaks nicely, the fibres being 2" to 4" long, giving a decent taper for attaching bristles. And as long as you use a lot of thread wax and burnish it well, it makes a very decent shoemaking thread. 5 or 6 cords for welting and 3 for stitching soles. 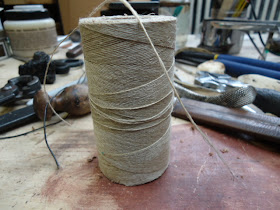 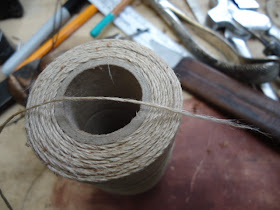 This is a 3 cord stitching thread before I twist it and put on the wax. You can see the tapers on the 3 cord ends. 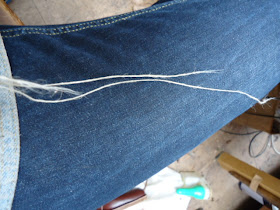 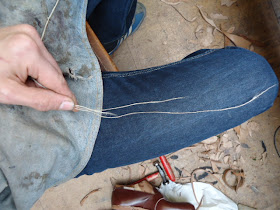 When you are breaking the yarn, you have to hold one part firmly and roll the other part down your leg until you can see the fibres are all parallel and in line. At this point, you can tug the cord and it will break in to the desired tapers.

See how it is done in the video - I know, technological, huh?


If you are looking for decent thread, we sell it. We have 250g spools for £20. This is enough for about 20 pairs of shoes, so it is not expensive. Email us if you are interested.

That's all folks! Until next week, when we will be doing our daily reports on the shoemaking course, happy shoemaking!
jimmyshoe at 04 May
Share